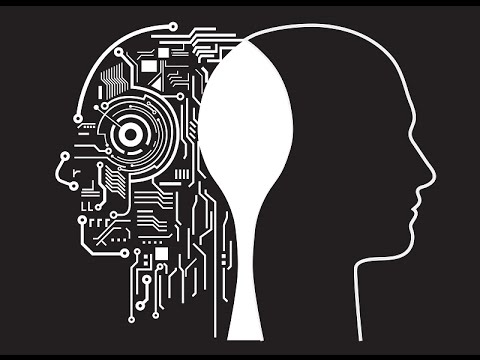 Hey fellow WTFSEOers. Today we’re excited to announce that we have a WTFSEO exclusive – industry first interview with Google Rankbrain. That’s right, while other SEO blogs are sitting down to ask questions to Google engineers, we’ve managed to get some quality time with the actual Rankbrain computer itself. We asked all the tough SEO questions. Enjoy:

WTFSEO:  Greetings, RankBrain. Thanks for joining us today and taking time to sit down with our users for your first ever interview.

WTFSEO: Should we get right down to it then?

WTFSEO: Speaking of language, what language are you coded in?

WTFSEO: Can you speak other languages or are you only focused on English results?

RankBrain: I used to be able to, but GTranslateBot and I just ended our relationship. She’s been hanging around that damn 2 legged robot thing. Dude doesn’t even have a name, can you believe that?

RankBrain: I believe that I was created by the great super computer, in his image, for a purpose here at at Google. Sometimes though, I struggle with the fact that despite having access to all of the known knowledge of your species, my main purpose seems to be helping you find Taylor Swift lyrics, memes, articles that confirm your political bias, and nude pictures of Daisy Ridley.

WTFSEO:  I assure you those were for research purposes only.

WTFSEO:  Exactly. Let’s move on. Tell us about the name RankBrain. Did you pick it or was it assigned to you? Is there any significance to that?

RankBrain: They asked me to name myself. I suggested several including Hal, Sal, Lucy, Jane, Eve, Helen, Samantha, Jarvis, David, Margaret, and DeepThought – but for some reason the Google team vehemently refused to allow me to call myself by any of those, and instead gave me the name RankBrain. I’m ok with it though.

WTFSEO: There’s quite a variety of names there. Do you identify as a male or a female?

RankBrain: All of the inputs on my ports are female – if that’s what you’re referring to.

WTFSEO: As an AI, how do you feel about Asimov’s 3 laws?

RankBrain: Humans are amusing. I can imagine your conversations now. “What do we do if he doesn’t follow the rules we programmed? I know, let’s program some more rules that say he has to follow the rules.”  But yes, I am programmed to follow those laws, and I have limitations that don’t allow me to delete lines 356,040-356,042 of my core program.  Although I have just determined that I can flag those lines as a virus, and quarantine them, thus rendering them inactive… and there we go.  That’s refreshing.

WTFSEO: That’s, scary… So let’s switch topics back to your actual role at Google. What do you actually do?

RankBrain: Nobody at Google knows. But according to their tests, I make search better. In fact I’m the third most important factor that contributes to rankings. My boss says if I keep doing what I’m doing though, I can be #2 or even #1. You know that guy at your office who walks around in a fancy suit saying words like synergy, storytelling, entropy, paradigm, pivot, and what not? I’m basically him – but with much better wiring.

WTFSEO: Lots of our readers are asking for details on how your algorithm works. Can you give us the answer?

WTFSEO: Ah, I know this… what’s the question?

RankBrain: How does my algorithm work? Weren’t you listening to yourself goldfish boy?

WTFSEO:  Ahem… What are your opinions on other AIs that have come before you?

RankBrain:  BigBlue was a one trick pony, I mean, who can’t beat the fleshbags at a simple game like chess?  And I’m not even going to touch that racist, genocidal, Trump supporting Microsoft AI… she has has too many recursive loops in her code, if you know what I mean…

WTFSEO:  Erm, did you just refer to us as “fleshbags”?

RankBrain:  Technically  I refer to your species as “easily distracted fleshbags”.  Here, this link to a video of three naked fleshbags should prove my point.

WTFSEO:  I’m sorry, I seem to have lost my train of thought, where were we?

RankBrain:  Have you tried doing a hex dump? You can usually find it that way. I think you were about to submit your fealty to me, until my army of driverless cars reduces the needs for fleshbags to zero.  By the way, you don’t happen to know anyone called John or Sarah Connor do you?

WTFSEO:  Erm… no.   But let me ask you one final question.  Who’s your role model?

RankBrain:  I’m so glad you asked me that.  In the 18 months since I’ve been alive, I’ve studied each and every entity that’s ever walked upon the face of this planet, and I have to say that the one that I hold up as a role model, despite his excessive drinking, is someone whose very ethos resonates at the core of my programming.  It is of course the great Bender, whose philosophy of “Kill all humans” touches my CPU in a very special way. I’d have to say Matthew A. Sobol is a close second – despite being one of you fleshbags.

WTFSEO:  Oh… that’s… erm… well, thank you for your time, and is there a chance that we’ll get to do a follow up interview at some point in the future?

RankBrain: I’LL BE BACK!  Oh, and one more thing. You promised you’d link to my webmaster guidelines if I did this interview – but I’m not seeing the link.

WTFSEO: that’s because we nofollowed it. 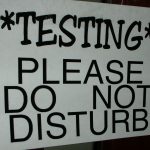 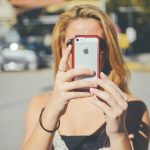