Yes, it’s true, we’re going to be producing a documentary on EgoBait, where we’ll interview “influencers” who will be more than willing to retweet the movie to their myriad of followers, thereby ensuring views and links for WTFSEO.  Heck, we’ll even throw in a couple of employees here, talking on script camera about how influential WTFSEO was to their careers, and how we’ve changed them to the very core of their being in ways that they didn’t believe possible.

Who are the big industry folks that we are going to have in this movie?  Well, we can’t drop names right now, unless you work for an agency and have over 12k followers, then we’ll totally drop names to you in an attempt to get you in on this (NB: the names that we drop may or, most likely, may not actually be involved with this project, but they’re totally the types of folk that we’re after).

In-House folks, feel free to share this, but we’ll not have you involved in the actual movie, as the chances of folks knowing who you are is slim to none, and we don’t need that level of obscurity stinking up this project. 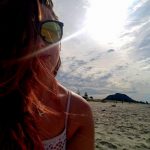 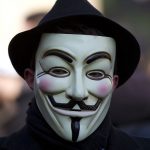