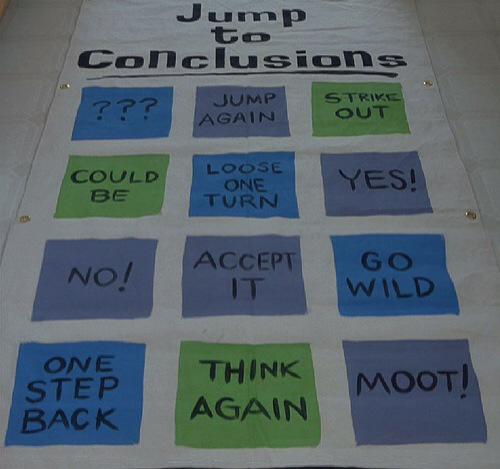 While hanging out at the bar this weekend one of our senior editors (who graduates from college next month!) sat next to a woman wearing an “I’m feeling Lucky” Google t-shirt. Assuming that she worked at Google (or more likely perhaps attempting to take her shirt literally) our staffer immediately struck up a conversation that soon turned to very specific questions about how to improve the rankings of his personal Taylor Swift fan site.

After realizing that he wasn’t going to “get lucky” in the way that he originally hoped her shirt implied our editor decided to try his luck at getting served a bit of secret “Google juice” in his martini and pulled out his notebook. By the time the Google shirt lady was on her 3rd old-fashioned (and our editor was on his 3rd page of notes) she couldn’t help herself anymore and offered up this amazing tidbit:

“I’m warning you. Stop. Google doesn’t like it when you take things we say in our personal social channels and write “Google Says” news stories about it.”

To our editor, this “advanced warning” could only be interpreted as a clear indication of an upcoming algorithm change where Google penalizes sites for writing about Google. Our staffer asked her if we could get her name and quote her for this story, and she served him another round of secret sauce.

This leads us to conclude that based on her usage of “personal social channels” in her previous statement that this algorithm will be one of the first to integrate social data into search rankings! ( Ed Note: Initial tests show a strong correlation between social media klout scores and the use of the term “Google says” in tweets. Could this be one of the factors of the new algorithm? )

Continuing to hope he might impress her, our staffer started asking more questions about this update. As it turns out, he may have gotten more than he bargained for.

We’re officially labeling this algorithm the “Check, Please!” Algorithm. Sure It’s a weird name, but that’s the name this Googler offered up after our staffer asked her how he should refer to this update in his upcoming story. (Ed note: One day we’ll have to ask how Google comes up with these algorithm names.)

Strangely enough, the Google employee left before her bill arrived and our staffer was left paying for her drinks – a small price to pay for such an amazing scoop. (Ed note: sorry kid, you still can’t expense your appletini. Next time order a real drink. Something with bourbon in it.)

Are you ready for the “Check, Please!” algorithm? We’ll be publishing our how to avoid the algorithm post and our case study on recovery next week. Stay tuned.

Update: A Linkedin search confirms that the woman in this story does in fact work at Google – as one of their on-site doctors. So there you have it, an official Google employee has accidentally revealed the upcoming “Check Please” algorithm. Based on the name, our in-house expert has also advised that politeness may be one of the algorithm’s major signals. So please please please start preparing your blogs now. Thank you very much. (Hugs & Kisses – Editor) 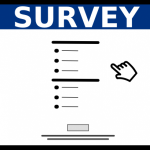 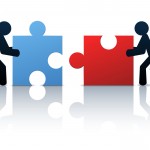