Almost one year ago this week we launched our groundbreaking, paradigm-changing social network owdy as part of our mission to kill rival social network Ello. 1 year and 2 weeks later (we wanted to write this post on the actual anniversary, but we were too busy partying in Las Vegas) we can officially declare: Mission accomplished.

The numbers are in, and Owdy is positing similar user engagement numbers as Ello. Owdy clearly gave users what they wanted – the ability to claim their username, elicit status from having an account before everybody else, get a dofollow link for SEO purposes, and re-define their friends. Then, we went above and beyond by allowing users to friend themselves! That’s right, at Owdy we realized how much you love yourself and wanted to let you show it off – making us truly the only social network that is suited for millennials.

In celebration of our 1 year and 2 week anniversary, we’re dropping the invite code requirement. That’s right, for the next few days (while our programmer is still recovering from his vegas hangover) all of you non-elite, non-special, virtually invisible nobodies can sign up. We’ve even sent a separate email to your mom’s Comcast account letting her know that she can finally get that account and add you as a friend!

So what are you waiting for, go sign up for owdy so you can pretend like you were one of the cool kids all along. 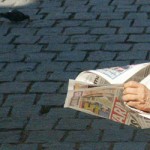