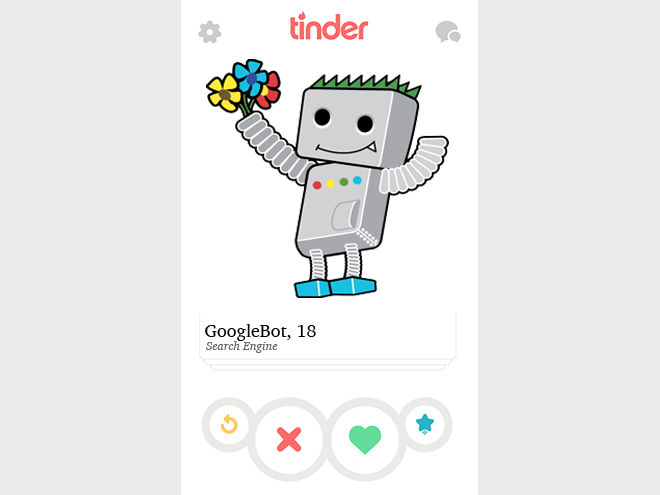 Googlebot would be fairly strict about swiping based on its “dating guidelines”, making it one of the 7 Tinder users who read the profiles. All spammy profiles with limited content would get the dreaded left swipe, while everything else would get the right swipe. Of course, with its desirable profile, everyone would automatically swipe right on Googlebot’s profile, but there’d be disappointment after the initial match, as Googlebot does’t like to communicate. Google’s inbox would be a cornucopia of unrequited “Hey, what’s up?” and “How’s your weekend going?” desperation messages.

Also, from time to time, you may notice that you end up being arbitrarily unmatched as Googlebot decides, seemingly on a whim, that your profile no longer matches what they’re looking for.

Bingbot puffs out its chest and makes it sound that it’s as big, mighty and as discriminating as Googlebot, but in reality it’s just looking over Googlebot’s shoulder to see which way it should swipe. Sure, it has plenty of matches, but most of them are simply curious coworkers.

Baidu believes in the strategy of right swiping everything and then sorting it all out later by using the “unmatch” feature. They’ve even built a robotic right-swiping finger to do most of the work for them.

Slurp doesn’t use Tinder as it’s too confusing for the old girl. Instead, she’s on one of those over 60s dating sites where the majority of folks are retirees, just like her. Intrigued? Be warned — she spends the majority of dates reminiscing about the glory days, back when she “could have been a contender.”

Rather than Tinder, Wolfram Alpha, having used a scientific formula to figure out exactly what it wants in a match, is solely relying on the niche site “Swedish agoraphobes meet married Christian farmers only” and lamenting the fact that it’s so hard to meet single people.

Still holding out for the FeaturePhone version of Tinder.

Seriously, why can’t we “swipe” on its desktop site?

Despite having profile photos that consist of a cartoon duck, a sunset and a political meme, DuckDuckGo is wondering why it’s not getting any matches.

Be aware, MajesticBot isn’t looking for a commitment. For him, it’s all about the connections. He’s just trying to find out who you know and who knows you. If you do end up going out on a date, be prepared to spend the entire evening playing “six degrees of separation” while MajesticBot takes notes and asks for your friend’s contact details.

More likely to be found on mail order bride apps.

Profile photos are all 7 to 8 years old. When you meet in person, you won’t recognize AOLbot at all. In fact, it will reveal to you that it’s not even a search crawler, but hasn’t changed its profile because this one worked well in the past. 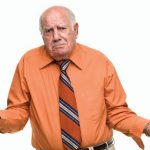 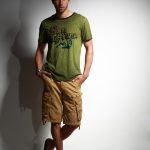