Did Google do an update? When was the last Google update?

Anyway, a Googler (OK, former) confirmed that there is in fact a Google update EVERY day.

[editor note: I was a quality rater in 2006. Does that make me an ex-Google employee? can I say that to speak at conferences? ]

Here are five ways to tell whether there has been a Google update today:

1. Your Traffic Has Gone Up

It must be an update, right? Google has finally rewarded all your SEO awesomeness with this update! Congrats!

2. Your Traffic Has Gone Down

This is also a strong indicator of an update. You’re a great SEO. You wouldn’t do anything to cause your traffic to go down, so it has to be something else. Why did Google target your site specifically? Whatever happened to “don’t be evil” Google, you monopolist scum?!

3. Your Traffic Is Pretty Much the Same

You’re still a great SEO doing amazing work, and yet clearly something is preventing you from increasing your traffic and rankings – must be today’s latest Google update! It’s the only explanation that fits

4. People Are Talking About a Possible Update

If you see chatter on prominent industry blogs, on social media, or in forums, an update must be afoot! Those people are experts too. Look how many twitter followers they have. Nobody with that many followers could be wrong. There’s no other rational explanation.

Saturday? What a day!

Google updating search all week with you.

Has there been a Google update?

Tomorrow? All signs point to yes.

You’re not wrong! All of this is according to Google. (OK, yes, an ex-Googler.) 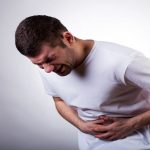 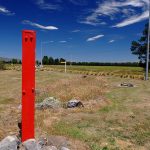