“Such Bullshit. This guy has no idea what he’s talking about.”

“Duh, we’ve been doing that for years at my company. Hire us.”

“But will that work for Bing?  Just kidding, who cares about Bing!”

“Not true. There’s other ways to do that – and I’m not just saying that because we sold those ways to our client.”

“But how will this impact the sausage casing industry?  Why didn’t he address us specifically.  I need to go hound him with excruciatingly detailed questions that he has no hope of answering, as soon as he steps off the stage”

“I said this was the way to go… no, I didn’t write it down… or tell anyone else… but it was so obvious”

“Did you see what he was wearing?  I’m not sure I can go back to my clients with what he said given that he was dressed like that”

“What are they all going on about?  He said he doesn’t work on that team, so can’t give an answer”

“He clearly chose to use the word ‘recent’ instead of ‘current’ – there’s got to be some clues about the algorithm in that language choice.”

“Sure nobody asked about it, but he didn’t explicitly deny that Google self driving cars are capturing billboard images and using them as a ranking signal – so until they say otherwise, I’m recommending my clients start buying billboard ads.” 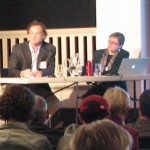 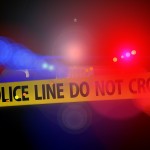